Creating a Condo Association in a Commercial Setting

Aug 02 Posted by Chad A. Kupper in Business 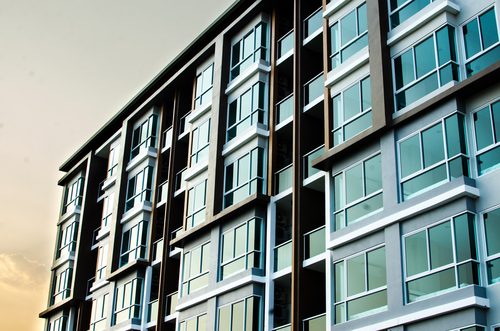 If you own a commercial building and are looking to get the most value out of your investment, one option to consider is creating a commercial condominium association.  This article will explore some of the benefits of commercial condos, and provide a brief overview of the process to create a condo association.  A condominium is a form of ownership of real property within a common interest community where portions of the real estate are designated for separate ownership, and the remainder is designated for common ownership. Colorado permits this form of ownership pursuant to the Colorado Common Interest Ownership Act, C.R.S. § 38-33.3-101 et seq. (“CCIOA”). According to CCIOA, no zoning ordinance, or other real estate use law or regulation may impose any requirement upon a condominium which it would not impose upon a physically identical development under a different form of ownership.  In other words, merely converting the ownership of the real estate to a condominium should not require additional governmental approvals or intervention.

In a commercial context, such as an office or industrial building, this form of ownership can create flexibility and value for an owner by creating individual saleable assets (units). Creating condos allows a building owner to avoid having to sell the property as a whole, and/or avoid going through a costly and time-consuming subdivision process to subdivide the land.  Additionally, the owner (called the “declarant”) has complete control over the condo process and result; including the control to define the specific offices, buildings, floors, and common areas, and control to determine the terms of the association and the management. Once the project is finalized, the declarant even has the control and flexibility to sell off some of the units, and retain ownership of others. Condos also offer an attractive form of ownership for potential buyers. Each unit owner becomes an owner in the association, allowing for the right to vote on important management issues, and the sharing of common expenses – typically determined by the square footage of a unit in relation to the building as a whole.  Potential buyers may appreciate that the common elements, such as structural building components, landscaping, and parking areas are all maintained by the association.  Business owners may also recognize that when they purchase a condo they are building equity in their business, rather than throwing money away for rent.

There are three main elements to creating the condo association: 1) the declaration, 2) the condominium map, and 3) the owner’s association.  The declaration, typically drafted by an attorney, establishes all provisions relating to the character, use, and structure of the project; including describing the units and the maximum number of units permitted, the common elements, membership, voting rights, the sharing ratio for assessments, and restrictive covenants. The condominium map is created by a surveyor in compliance with CCIOA, and shows, among other things, the legal description of the land, the square footage of the units, the common elements, access, parking, and other important aspects of the layout of the project.  The map, along with the declaration, are recorded in the real property records in the county where the project is located. Finally, establishment of the owner’s association is necessary as the governing entity to manage the common elements of the project and to enforce the declaration.  Typically, the association is formed as a non-profit corporation, and formation includes preparing the Articles of Incorporation, Bylaws, and policies and procedures of the association.  If the project has an existing building (or buildings), and will not require new construction or major remodeling, the entire condo process from start to finish can be completed in approximately 1-2 months.

In sum, commercial building owners who may have had difficulty selling their entire building and want to broaden the market of buyers, or who just want the flexibility to retain ownership of some of the building and sell off certain units, should at least consider creating a commercial condo association.  The benefits of commercial condos are numerous for the owner and for potential buyers, and generally speaking, the process allows the owner to retain control over the project with little government intervention, and significant value in the long run.