Pelotons, Rules, and the Game of Thrones 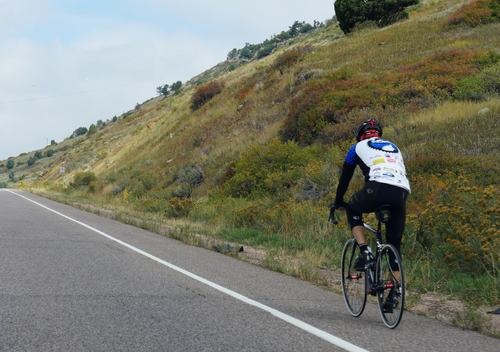 Has the Game of Thrones descended into Boulder County? It seems as if another ancient noble family has taken root here – the Pelotons. You have seen its citizens, haven’t you? It has its own warrior class (like the unsullied) who wear uniforms and helmets out on the road. But here, whom does the Peloton battle for control and supremacy?

It is typically the Lannisters calculating in their BMW 750is; the Targaryens’ seeking prior glory in their Tesla Model 3s; and the White Walkers hunting the living in a fleet of Ford F-150’s.

But in this age of enlightenment, who will win the showdown between the ancients and the new age Peloton? To date, it has been an uneasy truce. However, before evil awakens, the Night Watch (and the legislature) has created a safe place for the Peloton by defining the rules of engagement on the highways and byways:

Drive carefully. Another statute indicates that the driver shall not carelessly drive the vehicle unnecessarily close to toward or near a bicyclist.

Assess road conditions carefully. A bicyclist is not required to ride without a reasonable safety margin on the left-hand side of the roadway. That includes not being required to ride over grates or potholes.

Yes, winter is coming, and all must be ready; but the Peloton can co-exist with the other gamers, if all follow the rules. Even in Westeros.