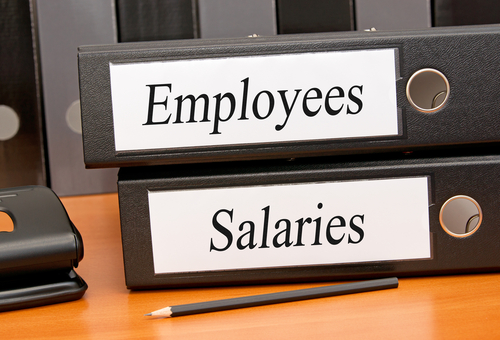 Most, if not all, government employees are aware of the general proposition of “open records.”  The general premise is that information related to the functions of government should be open to public inspection.  In Colorado, this general premise is codified in the Colorado Open Records Act, § 24-72-200.1, et seq., C.R.S. (“CORA”).  CORA applies to all local governments within Colorado including, but not limited to school districts and special districts.  At the beginning of CORA, the state General Assembly provides the following declaration on the intent of the law:

“It is declared to be the public policy of this state that all public records shall be open for inspection by any person at reasonable times, except as provided in [CORA] or as otherwise specifically provided by law.”[1]

This declaration sums up the organization of CORA.  First, there is a general policy that “public records” must be open to public inspection at reasonable times.  Second, that there are exceptions to that generally policy that are either listed specifically within CORA or elsewhere within state or federal law.

In determining the threshold issue of whether a particular document is a public record, CORA provides a definition.  Under CORA, the term “public record” is defined as “all writings made, maintained, or kept” by a local government “for use in the exercise of functions required or authorized by law or administrative rule or involving the receipt or expenditure of public funds.”[2]  Put simply, this means that any document created by or in the possession of a government entity that relates to the government’s functions or the use of the government’s funds is considered an open record.  As is clear from the legislative declaration recited above, this broad definition is meant to encircle the vast majority of a local government’s records.  However, there is a list of exceptions within CORA that allow a local government to withhold a public record from disclosure or redact certain information from a public record prior to disclosure.  The full list of exceptions is contained within § 24-72-204, C.R.S., but the focus of this article is on the “personnel files” exception.

What most government employees may not be aware of is that the “personnel files” exception in CORA has been limited to offer minimal ability to protect personnel files from public disclosure.  Most individuals would tend to believe that personnel files are a type of document that would usually be kept confidential.  This is certainly true in the private sector.  However, when faced with a public records request for information within a personnel file, local governments may be surprised to find that they cannot deny the request under CORA to protect an employee’s personnel file.  The lack of protection stems from Colorado courts’ interpretation of the definition of “personnel files” within CORA.

CORA defines “personnel files” to mean “home addresses, telephone numbers, financial information, a disclosure of an intimate filed in accordance with the policies of the general assembly, other information maintained because of the employer-employee relationship, and other documents specifically exempt from disclosure under [CORA] or any other provision of law.”[3]  In addition, the definition includes certain information that cannot be considered “personnel files.”  As such, “applications of past or current employees, employment agreements, any amount paid or benefit provided incident to termination of employment, performance ratings, final sabbatical reports required under section 23-5-123, or any compensation, including expense allowances and benefits, paid to employees by the state, its agencies, institutions, or political subdivisions” do not qualify as “personnel files” and are subject to public disclosure.

When reviewing the definition of what is considered a personnel file, the phrase “other information maintained because of the employer-employee relationship” may seem to protect a broad range of personnel information.  However, courts have weighed in and have concluded that the phrase is limited to information that is of the same general nature as home addresses, telephone numbers, or financial information.  As a result, courts have curtailed the personnel file exception to only protect “personal, demographic information”[4] that are maintained because of the employer-employee relationship.

Based on this legal reality, it is important for local governments to inform their employees of the impact of CORA, so that employees have a clear understanding of the possibility that certain employment documents could be subject to disclosure.  If you receive a CORA request for personnel files you should always reach out to your legal counsel to assist in determining what can be protected and what must be disclosed.  Each CORA response should be thoroughly reviewed to ensure its compliance with the law.  Under some circumstances, there may be other exceptions within CORA that can protect specific documents or information.

The “personnel files” definition is a perfect example of an exception that may seem to provide a wide-range of protection at first glance, but in reality, the protection is substantially limited and could not be used to generally protect the information contained in a public employee’s personnel file.