May He Rest in Peace; now give me his football tickets! 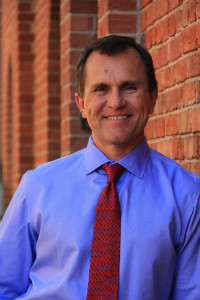 Frank Lumpkin Jr. loved Georgia football.  As the story goes, one Saturday (over 50 years ago) Mr. Lumpkin walked through downtown Columbus, Georgia with his infant son.  He came upon an Auburn fan and the two ultimately came to blows, with Lumpkin clutching his son’s bassinet in his left hand while he swung at the Auburn fan with his right.

Mr. Lumpkin looked out for his two loves that day – his son and his Georgia Bulldogs.  Unfortunately, he later forgot to take care of his kids when he failed to mention his Georgia football season tickets in his will.  Now, his son, Frank Lumpkin, III, and his daughter, Julia Lumpkin, are embroiled in litigation over their parents’ estate, with ownership of the Georgia tickets as a major sticking point.

The Lumpkin siblings are certainly not unique and will not be the last heirs to fight over a parent’s season tickets. This is perhaps why many professional and college teams have instituted rules regarding the transfer of season tickets in the event of the death of the season ticket holder.

In Colorado, you can avoid a case like Lumpkin v. Lumpkin by following the rules of your sports team and by taking care to address season ticket ownership in your will.  First and foremost, you should have a regularly updated will in order to save loved ones from unnecessary conflict and anxiety. While you determine whom shall inherit your assets, be aware that some season tickets can be transferred to family members in the event of a season ticket holder’s death while others cannot.

Company held Bronco tickets may be transferred to an affiliated entity.  If a company with a corporate season ticket account is sold (more than 50%), the tickets transfer to the new company. Tickets may also be transferred to a subsidiary or majority partner, as long as they are controlled by the same parent company. Again, documentation must be provided.

The Colorado Rockies also allow a family member to inherit season ticket privileges, allowing a ticket holder to transfer their account to immediate family members.  The transfer rules for the Rockies also reference transfer to “co-holders,” however, those only apply to tickets originally issued prior to 1994.

If college sports are your preference, please note that the University of Colorado Buffalos do not allow season ticket holders to bequeath football season ticket privileges to anyone.

Whatever your sports passion, your love of the game can live on by providing family members access to the experiences that you have held dear.