Ins and Outs of Liquor Licensing 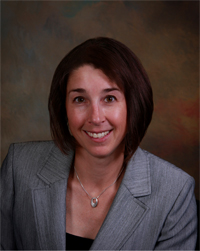 Have a liquor license or thinking about getting one for your business: knowing the ins and outs can make all the difference.Liquor licensing of restaurants, taverns, stores, and other establishments is governed by a variety of state laws and regulations, legal decisions, and local rules established by individual Local Licensing Authority (“LLA”). Each municipality or county establishes its own LLA, which may be its judge, a hearing officer, the city council, the county commissioners, or even an appointed citizen board like the one used by the City of Boulder. In Longmont, the City utilizes its municipal judge, while outside city limits Boulder County’s Board of County Commissioners has appointed a hearing officer.

Starting the liquor license process, the applicant will need to complete the state application forms and also comply with any locally established rules. While there are uniform requirements that apply across the board to all applicants throughout the state, having knowledge of the local rules is essential for a smooth application route from start to finish. Longmont is a prime example where local rules create additional burdens on an applicant; some of the City’s local rules include: completion of a City application and other financial release forms; submission of three letters of reference that address the applicant’s (and perhaps registered manager’s) moral character and financial abilities; and deadlines for submitting neighborhood survey results and other evidence prior to the public hearing. Applicants need to assure that applications are complete or they will be rejected.

In Longmont, the City publishes notice of the hearing date in the newspaper and on the applicant’s future business site so that any “party-in-interest” can attend the hearing to support or oppose the granting of the liquor license.

At the hearing, the applicant has the burden of proving what is called the prima facie case. Through the introduction of evidence the elements in the prima facie case must be established before the LLA and if these elements are not met then the application must be denied. Once established, the burden shifts to any opposition to establish why the license should not be granted. If the opposition fails, then the application for the license is granted.

Usually the “needs and desires” elements are proven by the introduction of survey results from petitions that have been circulated throughout the designated neighborhood or by live testimony of adult inhabitants or business owners in the designated neighborhood. Additional testimony and evidence is then needed to establish that the number of other licensed establishments will not preclude the issuance of the license, as well as to show the good character and financial abilities of the applicant.

After the LLA has approved a liquor license application, it forwards its approval information to the State of Colorado’s Department of Revenue, Liquor and Tobacco Enforcement Division for consideration. If the applicant has paid an additional $100 fee for “concurrent review,” the time for the State to process the application should theoretically be shorter. However, there is no set time frame for the State to process the application. In general, a concurrently reviewed application will allow an applicant to receive the license approximately one week after the public hearing. Otherwise, the State’s process can sometimes take up to three weeks after the public hearing. Once the state license has been issued, then the City may issue its license as well. Overall from start to finish, an applicant should allow for at least 90 days to complete this process.