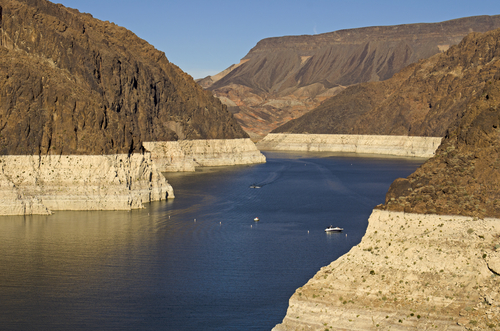 The Colorado River serves over 40 million people across seven states and Mexico, and the basin has been experiencing historic drought conditions since 2000, according to the Department of the Interior.  The Upper Colorado River Commission, formed in 1948 to help the “Upper Basin” states of Colorado, Wyoming, New Mexico, and Utah administer the Colorado River Compact, unanimously agreed Wednesday, December 12, 2018 to enter into three agreements addressing drought contingency planning.  The agreements, in conjunction with a similar set of agreements currently being negotiated between the “Lower Basin” states of California, Nevada, and Arizona, are intended to increase water levels in Lake Powell and Lake Mead.  The Lower Basin states have been given a deadline of January 31, 2019 by the federal government to complete their agreements, or risk federal involvement in the matter.

The agreements approved by the Upper Basin states address increased collaboration between the states and the Bureau of Reclamation to manage reservoir releases in the basin, increased allowable storage in Lake Powell if such water is available for storage as a result of conservation efforts in the Upper Basin States (Lake Mead is located in the Lower Basin), and increased cooperation between the Upper and Lower Basin states regarding water conservation and increased storage in Lake Mead.

This level of cooperation amongst the Upper and Lower Basin states is unprecedented.  The basin historically has seen substantial state-to-state conflict and litigation as climate change, drought, and growing populations have put increasing pressure on the Colorado River.  According to US Census Bureau statistics, Colorado, Utah, Arizona, and Nevada have been in the top 10 fastest-growing states, based on population increases, for several years running. Compounding the impacts of explosive population growth on the basin’s water supply, according to the Bureau of Reclamation, the Colorado River Basin has experienced the driest period in over 100 years of historical natural flows since the year 2000.

Lyons Gaddis represents several clients in the Colorado River Basin on water-related and other matters.